Wot and Nott’s Race Against Time

Wot and Nott’s Race Against Time

This is the story of two old friends

Who are brought to a world that’s facing its end

A fair land of magic and splendour about

A place ruled by reason and rhyme without doubt

Are in a Race Against Time, and trying to stop

Miafra ‘The Evil’ who is stealing the land

Removing the seasons, free will and all time

Which they must restore to their original place

A quest and a mission ensues from thereon

As they battle the forces of darkness anon

It’s not always plain sailing for this unusual duo

And accidents do happen as they rush to and fro

Sadness and laughter follows them closely behind

As they are helped by the stunning Kakuri, so kind

The Orlu, a race so small and so fast

Help them at times with glorious repasts

Speeding so fast at a furious rate

Along with strange creatures created with haste

Join in with these most unlikely heroes

As they fight their way through and battle their foes

Using rhymes that are mystic and carefully thought out

Trying to succeed in their quest, leaving no doubts

Can they achieve it and return back to Earth once again

Contented and happy with the job that’s been done?

To see if their exploits fail or succeed… 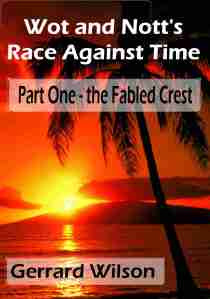 We were not boy wizards, vampire’s assistants or even living skeletons, we were normal everyday people living normal everyday lives, with no inkling of the tremendous events that were about to unfold. Our adventure began with the arrival of a peculiarly small Christmas card, which sent us hurtling to the mystical land of Onisha, where Umahia, the Grand Mystic, asked for our help. He told us that he needed our help to fight, stop and ultimately defeat ‘Miafra, the evil,’ the mystic who had stolen his powers, the seasons, free will and all time. Umahia told us that we had powers, powers that up until then we had no inkling we possessed, which might, just might help us to defeat the evil man… We had no idea, no inkling whatsoever, that we were going to be attacked by Protectors atop Hound-Horses, fight a statue hell-bent on killing us, be betrayed in our sleep, and be forced to fight a dangerous beast called a Dragonsaur. 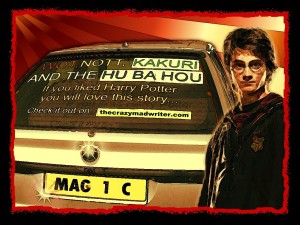 Posted by The Crazymad Writer on June 28, 2017 in free, free ebooks