Posted by The Crazymad Writer on October 22, 2016 in death

Do you want to be,

A faceless person in a heaving sea,

With no aims, ambitions, dreams or goals,

Just happily plodding along that road?

Are you slowly dying?

Don’t you feel the magic of each new day,

The sounds of laughter as children play,

The warmth of the sun on your back, so good,

The song of birds, the smell of wood?

Are you passing time?

Don’t you wonder at the sky, so blue?

The start and end so vague to you.

So too is an ant that has no will.

Wake up, wake up!

It’s not too late,

There still is time to change your fate,

Renounce the normal, do something MAD,

Shock them all create a fad.

Be yourself, alive with goals,

With dreams and wonders still untold,

Exult this life in your distinctive way,

It’s yours alone; you must have your say,

Lest you slip into oblivion without a trace…

Posted by The Crazymad Writer on October 20, 2016 in poems

There once was a slug called Reilly,

Who was incredibly slimy,

He thought he was smart,

Going out in the dark,

Until he fell down in a hole, did Reilly.

While stuck in that dark place,

Reilly thought about his life and his fate,

About the jerk he had been,

To everyone he had seen,

So he promised to be good, did Reilly.

Suddenly, a stick falling into the hole,

Presented a way to escape from it all,

Freed from that space,

Reilly forgot his promise, though great.

And returned to his bad ways, did Reilly.

One day when Reilly was alone,

He forgot to cover up his dank home,

It was an incredibly hot day,

The sun shone brightly away,

Drying him up, that slug, old Reilly,

The moral of my story is this,

Treat everyone you meet with a wish,

That their life is just fine,

Untroubled by lying and slime,

Posted by The Crazymad Writer on October 12, 2016 in fantasy, fantasy story, humour 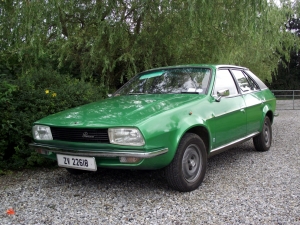 Posted by The Crazymad Writer on October 7, 2016 in Austin Princess, Leyland Princess

Hurricane warning for Jamaica, Cuba and Haiti as ‘extremely dangerous’ winds of 115mph to batter Caribbean islands. Somebody told me the hurricane season had already ended!!! Please note: Hurricane season is currently defined as the time from June 1st to the end of November.

Posted by The Crazymad Writer on October 3, 2016 in news