I am Castleknock Brutus

I am Castleknock Brutus, a dog, you know,

I am Castleknock Brutus, now where did he go,

That pipsqueak, that thing that calls itself cat,

Where is he at; I want Henry the cat!

I want to kill him, Brutus growled, then eat him up,

That thing, that Henry, that calls itself cat,

When I get hold of him, I will never let go,

Until he is finished and lost his cat soul.

I am here, dog Brutus, I am here before you,

Said the cat called Henry, do you think it not true?

I am not sacred of you, you silly old moo,

You won’t get me, I am going to get you!

What a twat you are and not very smart,

To think you are able to do such a thing,

I am laughing so much I am almost choking.

Just then, cat Henry leapt high in the air,

And landed on Brutus who got quite a scare,

Biting hard on his neck he went for broke,

The moral of this, my tale of intrigue,

Is never believe the lies you preach,

Others can, despite what you think,

Finish you off before you can blink. 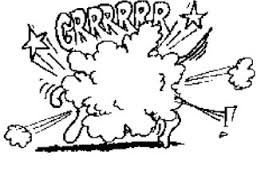 Posted by The Crazymad Writer on February 15, 2017 in castleknck, cat